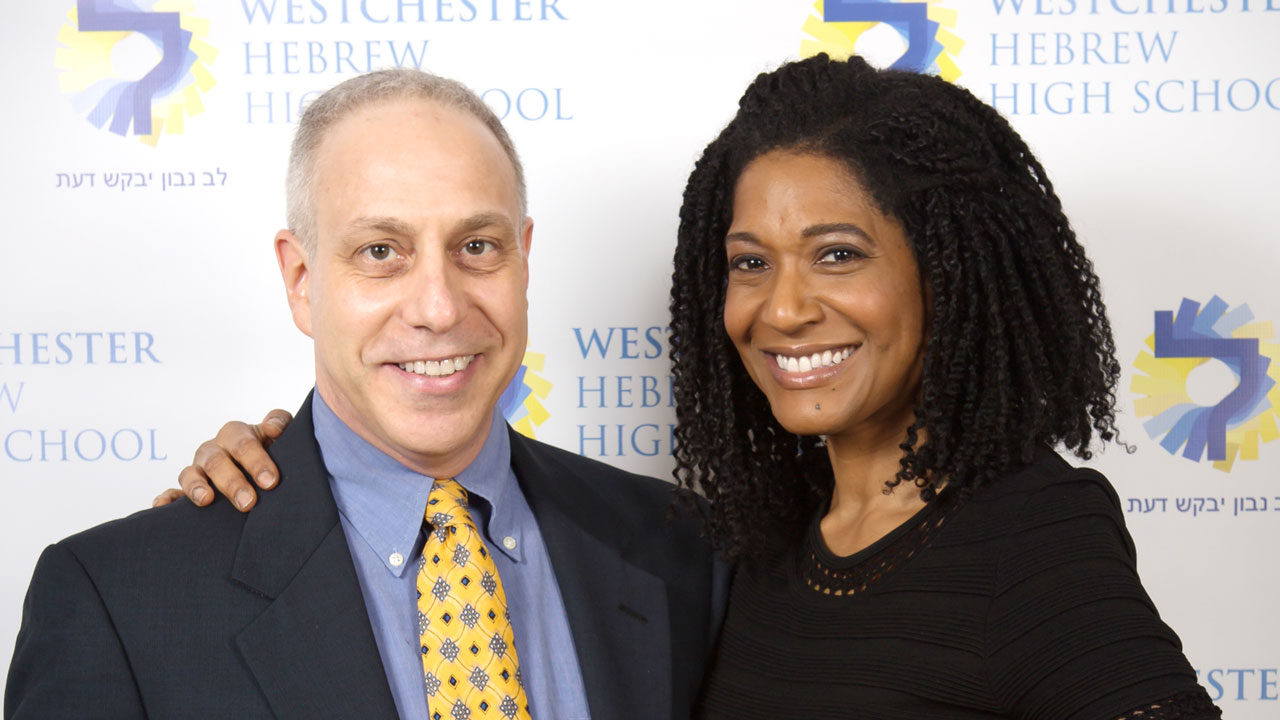 Timberly and Bobby were part of the WHHS family even before their daughter Raina started here as a freshman in 2016. Their nephew Michael Allen attended WHHS from 2012-2016. “We knew even back then that this was a special school. We saw what the school had to offer and how well Mikey was doing, so we were very excited when Raina chose WHHS as her high school,” Timberly recalls.

Back in 2015, Timberly and Bobby went to their first WHHS Annual Gala Dinner where Bobby’s brother Richard Allen was being honored, and then the following year they came again when their nephew was part of the graduating class. And now, they have been on the dinner committee for four years, and co-chairs for two of those years. Timberly also serves on the Board of Trustees as Secretary. They both continue to volunteer their time at WHHS throughout the year from chaperoning school trips to packing gift bags for Mishloach Manot. They are obviously big supporters of the school, and have become familiar faces on campus.

Bobby was born in Brooklyn, NY, the son of immigrants from Bagdad, Iraq and Israel. A former police lieutenant and 20-year veteran of the NYPD, Bobby received his master’s degree in criminal justice from the State University of New York at Albany under full scholarship from the New York State Division of Criminal Justice. The recipient of the prestigious Fulbright Scholarship in police science (United Kingdom, 1996?1997), while abroad he lectured throughout the UK regarding the NYPD’s crime prevention strategies.

Timberly spent her formative years in Africa, a child of missionary parents. Although she grew up with no television, she ended up becoming a TV personality, the host of a daily talk show on the Hallmark Channel, “New Morning with Timberly Whitfield,” a show that celebrated what’s good in the world. The show also aired in South Africa and Israel! As a result of the show’s success, Timberly was featured in numerous publications, including B’nai Brith, Yedioth Acharonoth (Israel), Lifescape (England), and Spirituality & Health.

Together, Timberly and Bobby started Tovah Time Productions, LLC, a New York based production company that specializes in the creation, development and production of television dramas, situation comedies, and non-scripted series, as well as feature films.

The Allens live in Riverdale, NY. Their son Gabriel is a 5th grader at Kinneret Day School. And, their daughter Raina is now a senior at WHHS. They all love to spend their summers in Israel, traveling the country and visiting with friends and family. 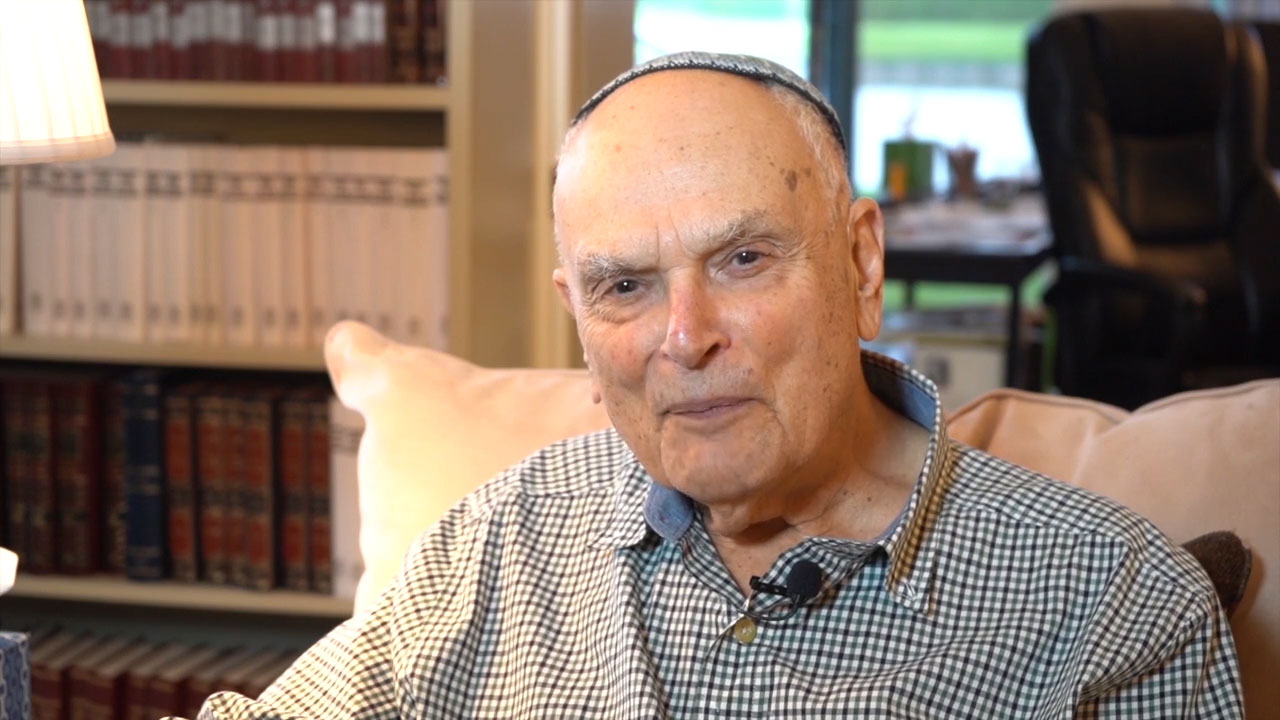 Jerry and Ruth Kamerman ahd their family moved to Mamaroneck from Brooklyn in 1955. Why Mamaronec? Because their was an Orthodox day school there! Jewish education has been a top priority in the Kamerman family for generations. From his grandmother, who took his father to the Jacob Joseph School on the Lower East Side, to his father, who served as the President of Yeshiva of Flatbush, education has been a top priority for Jerry and his family.

In 1973, Jerry and a group of supporters broke ground on the current WHHS building and in due time the Hebrew Academy moved into the building and became Westchester Hebrew High School…and the rest is history! 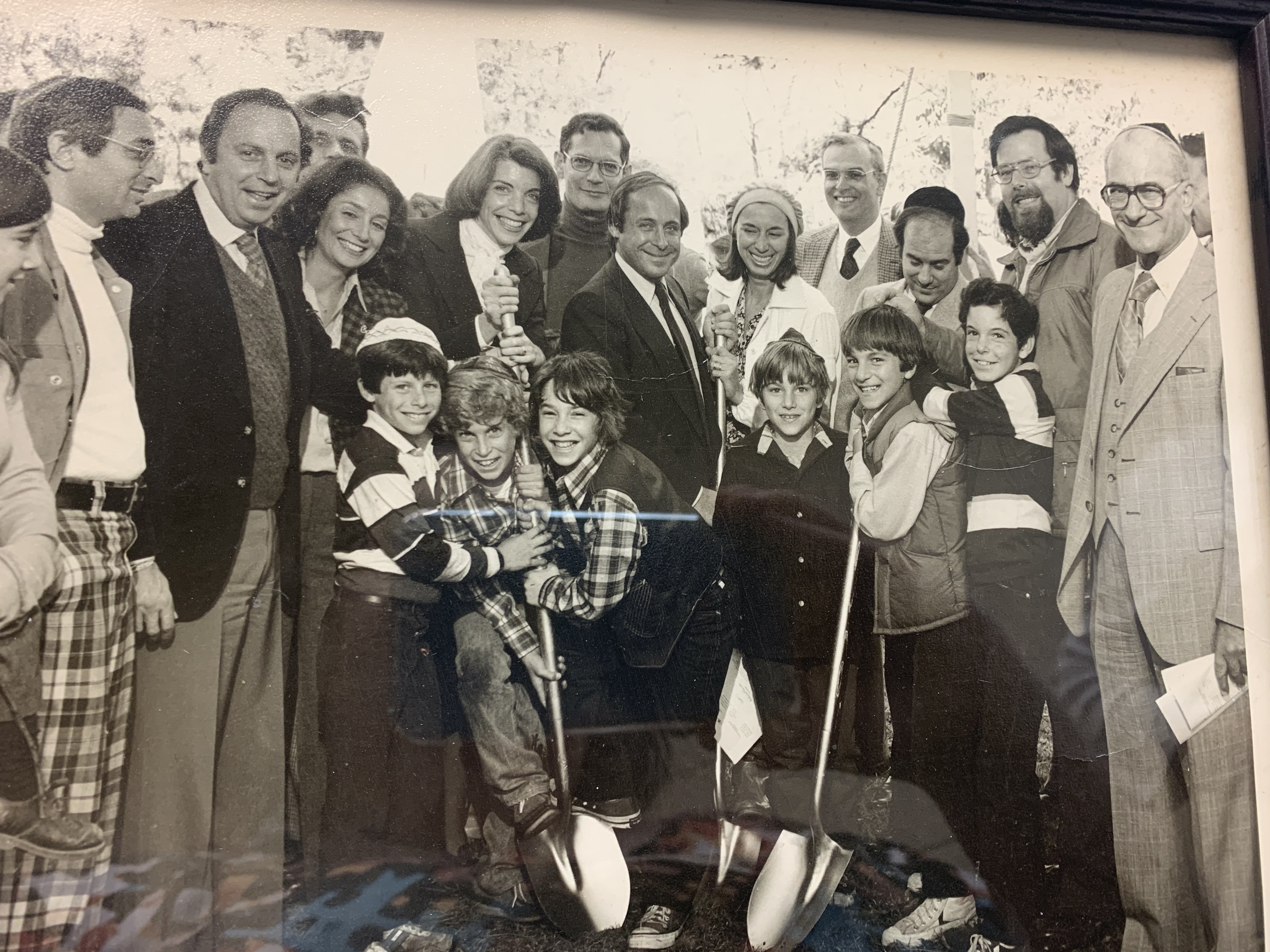 In 2017 we created this fun video with our students about what they hoped to be when they grew up. We asked them what they remembered from their childhood and also what they aspired to be when they graduated from WHHS. As part of our 50th Anniversary celebration we would like to hear from everyone, all of whom attended Westchester Hebrew High School in the last five decades. We invite each of you to post a photo on our Facebook alum page and tell us what you ended up doing #afterWHHS We know that your stories will inspire us and the generations of future students who will come to WHHS to play in our fields, walk through our corridors and learn in our classrooms.

featuring our generous patrons and sponsors 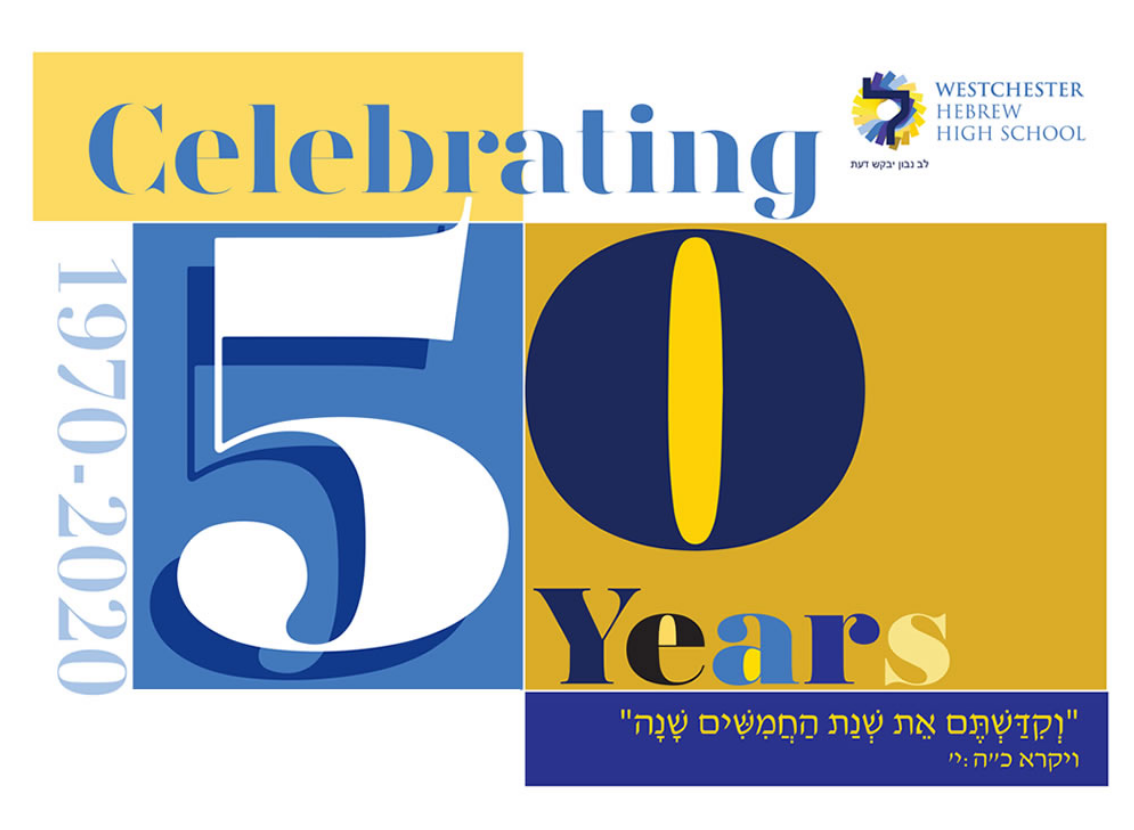 Click on the cover image to view this year’s journal. 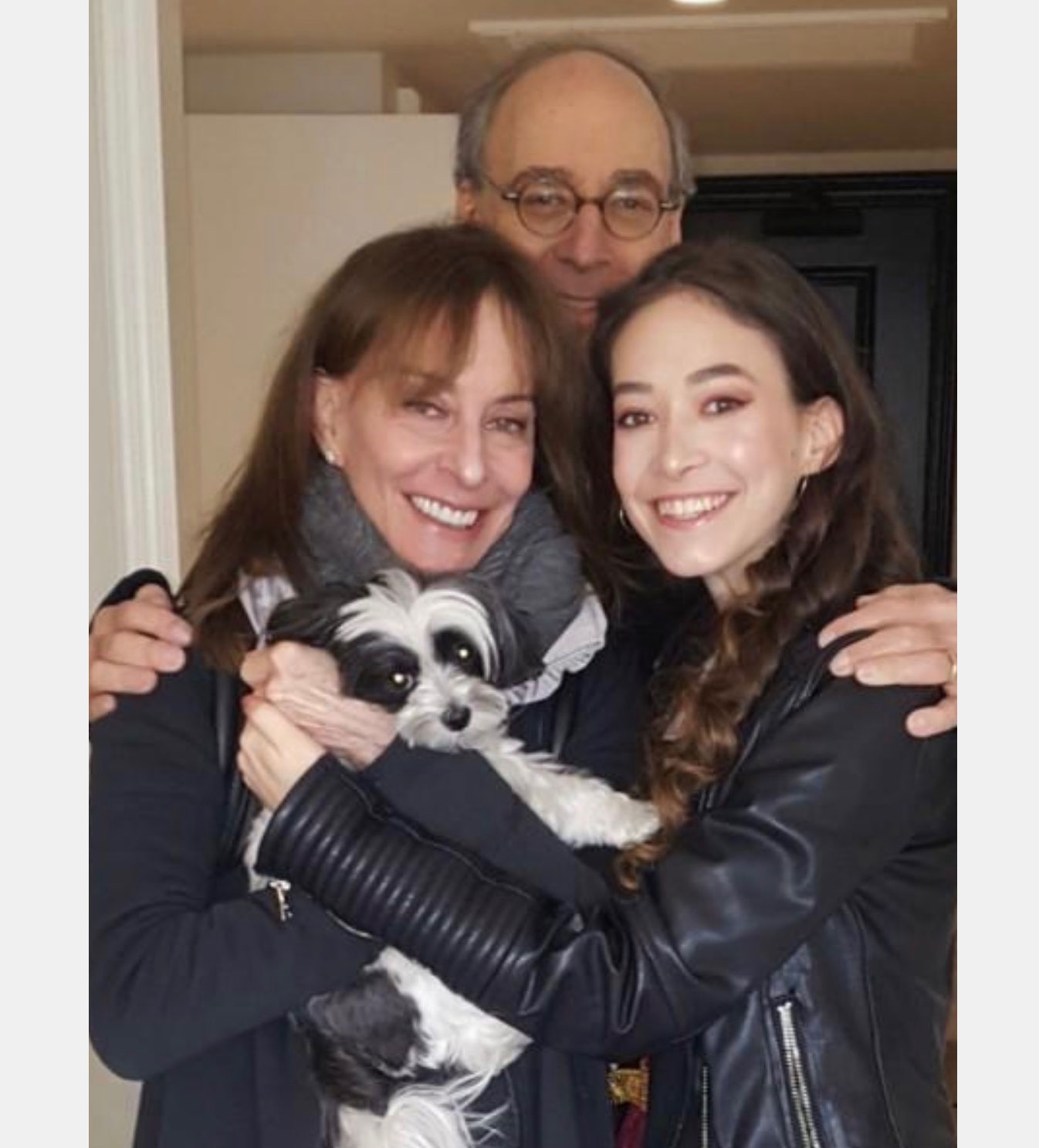 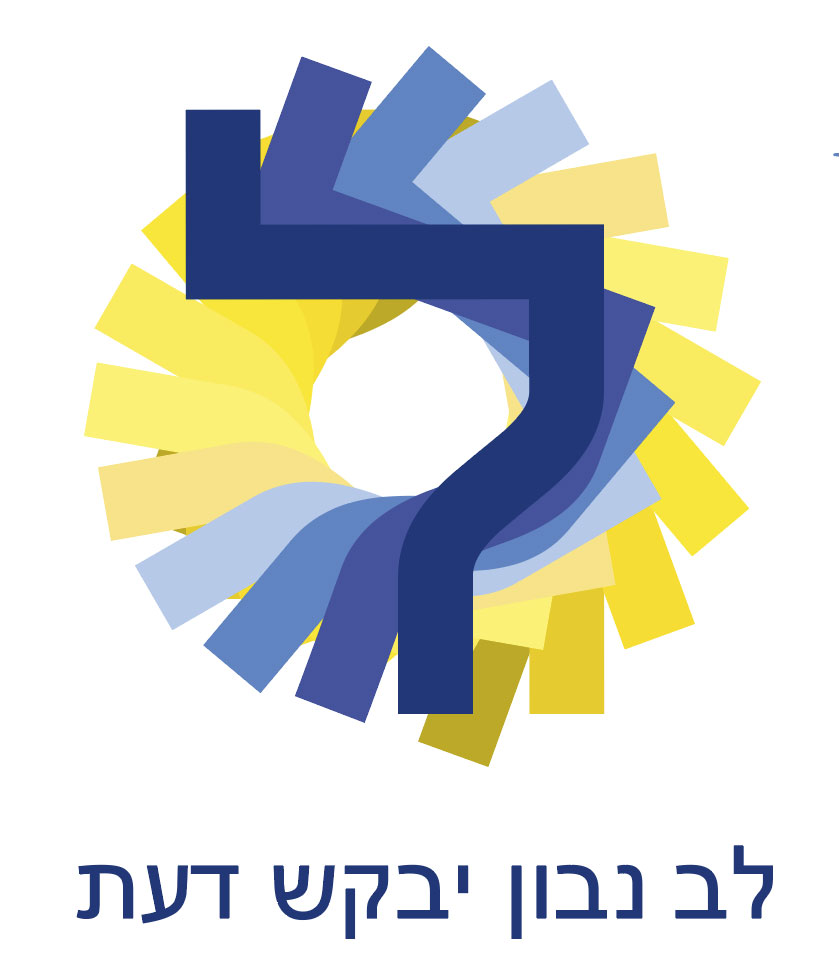 This page is sponsored and created by Maas Creatives in support of Westchester Hebrew High School. Happy 50th Anniversary!!!