Design and branding is a journey
so make it a good one.

Branding and marketing is a journey
so make it a good one.

A typical design process: Step one. Designer takes the brief. Step two. Designer goes away and develops a concept. Step three. Designer presents concept(s) to client. Step four. Designer gets feedback and iterates and refines the project until it meets the client’s objectives. This process typically spreads over a few weeks.

The Velocity project was not a typical project and it needed a very different process to deliver its objectives.

The project arrived with barely 24 hours before it needed to be presented, in its entirety, to the steering group (my client’s client). It still had sections that had to be written and editing was needed throughout. The design, which was started from scratch, needed to get up to speed immediately and then stay one step ahead as new content was written. In less than a day, a year’s groundwork and all the elements that constituted the Velocity Operational Plan would need to be transformed into a 90 page document ready for external review.

How was this going to be possible? There was no time for the traditional working methods. There was not enough time to send proofs and edits back and forth by email. It was going to be a whirlwind job. Without question is was going to be a collaborative effort However, we were in different countries so collaboration was going to be via Skype, so that we could maximize the speed of the process. No time would be wasted on “lost in translation” or “blind alleys.” No time lost on sleep. The client in their office in Scotland, with everything they needed to hand and me in mine, in New York, with everything I needed. I shared my screen and they would see the book come together instantaneously. On my part, it was going to take a diverse range of skills including the cheek to design in real-time, on camera with no breaks.

I have learned the importance of belief when it comes to work. When I worked with Milton Glaser, he would say “If you believe you can, then you can.” and in turn “If you don’t think something is possible then its absolutely not.” I am an optimist. I entered this project confidently. I totally believed that we three could pull off this 90 page, full color, all singing, all dancing operational plan that was jam-packed with charts, data, illustrations and maps, in less than 24 hours.

THE PROCESS WAS EXHILARATING

For the first time ever, my clients could see the design process evolve, adapt and change as we worked. This fueled their confidence and drove us forward. The entire process was totally fluid. There were no interruptions and nothing was a problem. Everything was handled on the spot, any potential sticking point or problem was pounced upon by whomever had the solution.

THE CULTURE CODE IN ACTION

When I think about what it felt like, it reminds me of a book titled “The Culture Code” by Daniel Coyle. He describes highly successful groups and how they work together as one. They waste no time on hierarchy, or roles. The have no egos to navigate around. They are so totally focused on the task at hand and what it needs to get done, that they think and act as one.

When Coyle describes the necessary conditions he emphasizes the importance of safety. On the face of it, this project doesn’t appear very safe. From my perspective everything was going to be exposed – all the experiments, the trial and errors visible for all to see. It doesn’t sound very safe for my clients perspective either, they had to trust one individual who was 5000 miles away at the other end of a digital interfacc. Maybe that was what made it thrilling. Charged it with energy because it felt like high risk. Perhaps that was what made it work so well. We were all taking big risks and all had something to lose. This equally shared risk put us in a unique position of having to totally trust each other to make this work.

The Skype call lasted just over seventeen hours. The document was complete and it was good! Julie Tait described the experience as “Visceral.”

After the review process, the document was further added to, finishing up at 150 pages. The outcome, an ambitious plan, can be used as a model operational plan for other cities interested in implementing new forms of public consultation combined with sensitive mapping.

Glasgow’s Operational Plan is an aspirational approach to partnership working led by Glasgow Life, Glasgow City Council, Creative Scotland and Clyde Gateway. It articulates a collective and cultural response to the impact of the Commonwealth Games 2014 and sets out the potential of a strong and coherent city framework for delivering one of the most ambitious programmes of art in the public domain that Scotland has experienced.

The entire publication can be accessed and read online at ISSUU.com, just click on the link below.

VELOCITY  Art For A Changing City

The Federal Bar Association Annual Meeting – Save the Date animation 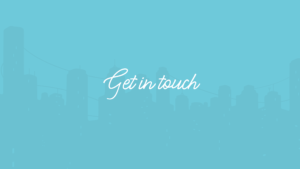 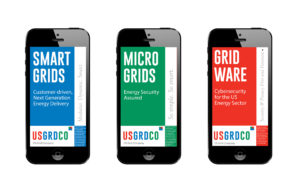