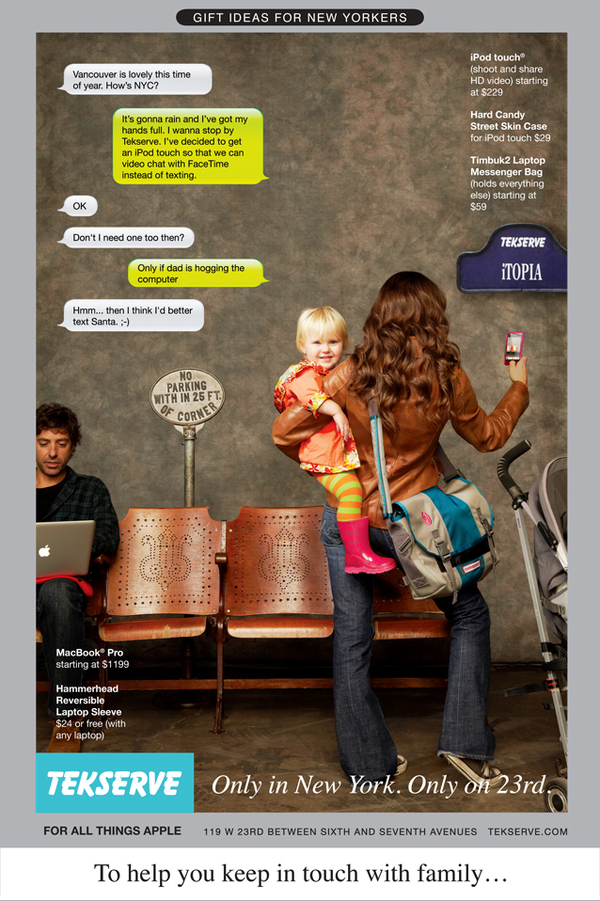 Tekserve was a very famous Apple reseller store in New York on 23rd Street. Anyone in New York City with an Apple Mac went there if they needed tech support. They had a quirky ticket system and random artifacts like old radios and a coke machine collected by one of the two owners to decorate the store.

The holiday campaign was a series of five subway posters, and a direct mail campaign and a catalog all around specific tech gift ideas for true New Yorkers. If you lived in New York you could relate.

The ads were designed to highlight the experience of the store as much as the items that were advertised. Those who knew the store would relate to the unique props and be amused by the subtle inside jokes and those who were new would inexplicably feel familiar when they visited. The products had you covered – from wearable tech to the brand new “giant iPhone” the iPad.

The postcard campaign’s success was measured by an increase in sales of just over 60%. 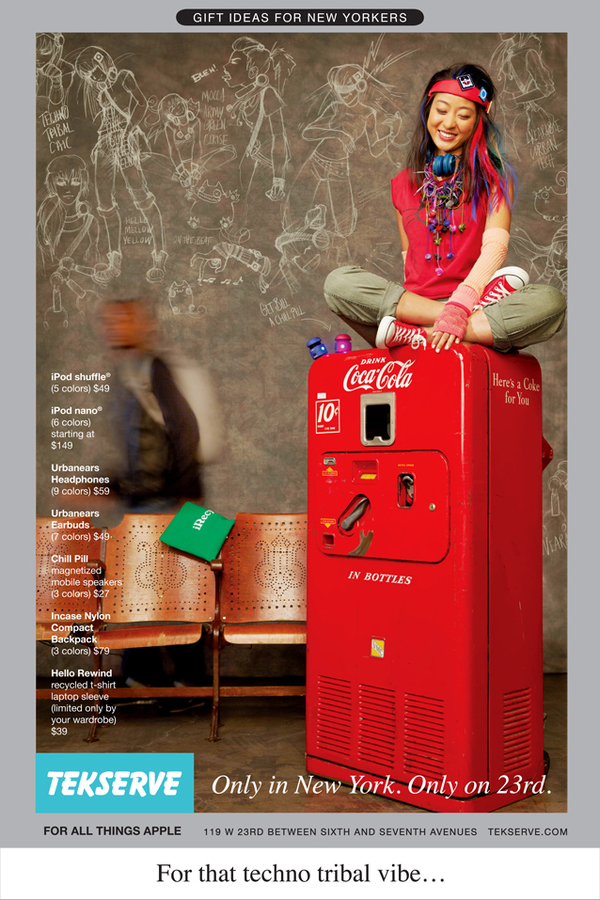 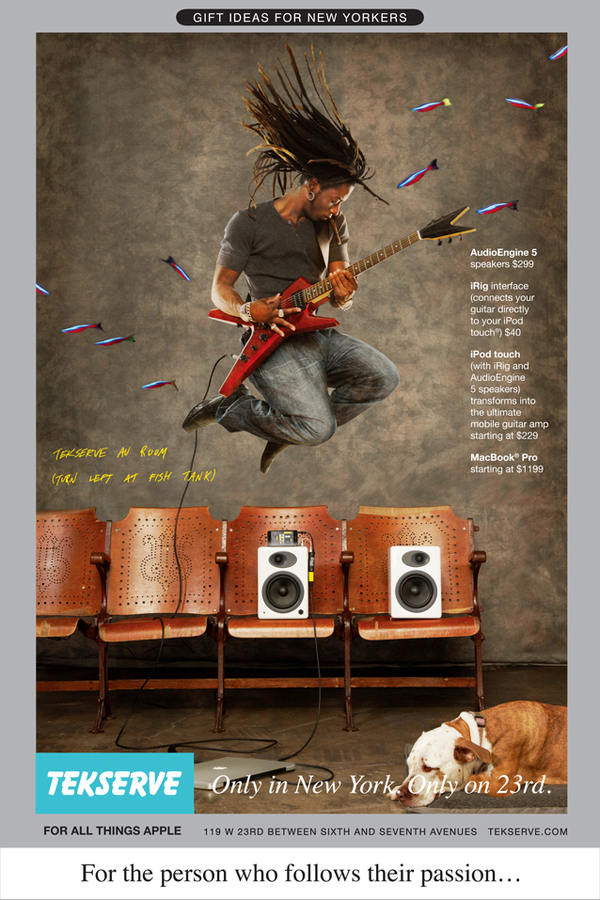 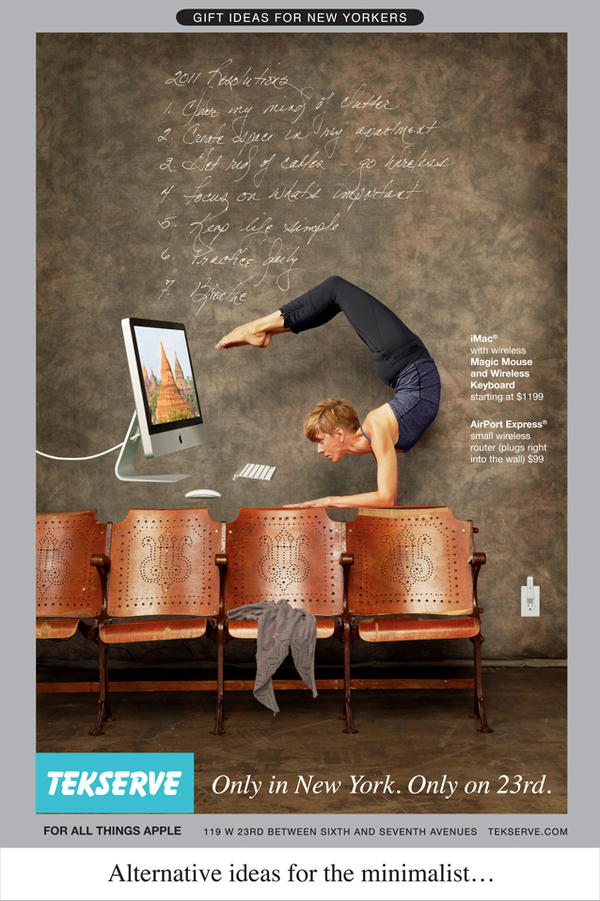 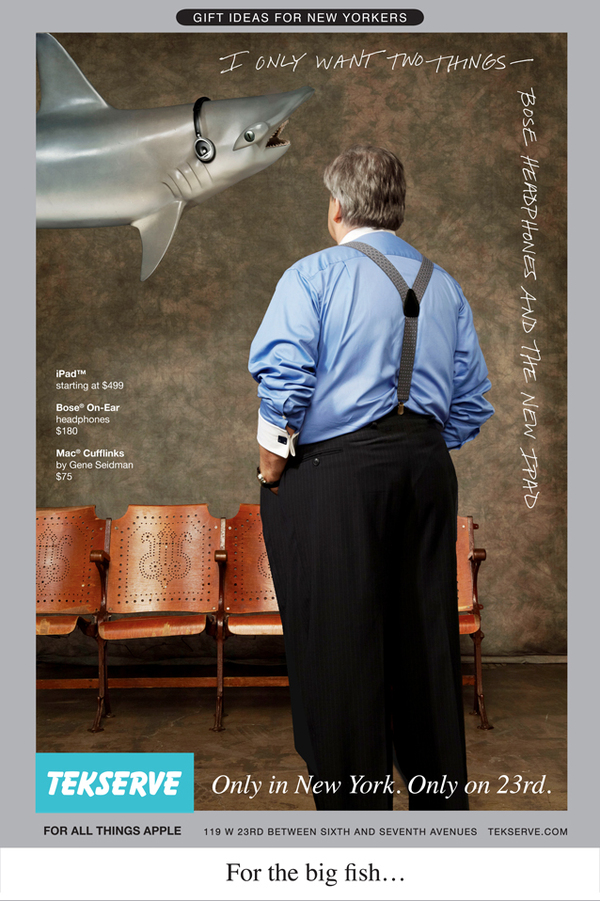 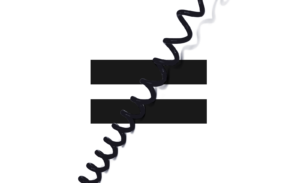 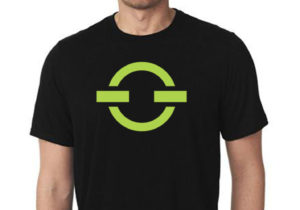